Ur was one of the world’s first true cities. It was inhabited for thousands of years, from c. 5500 to 300 BCE. From the late Ubaid period to the time of the Achaemenid Persian kings, for five millennia, Ur featured prominently in political, religious, and economic activity on the Mesopotamian floodplain. Southern Mesopotamia has long been recognized as the “cradle of civilization.” The traditional site of the Garden of Eden (Genesis 2:10-15) and homeland of the world’s earliest primary civilization, the southern floodplain lies between the Arabian Desert plateau on the south and the Zagros mountains on the east.

Ur’s location on the banks of the powerful Euphrates River provided water and linked it to Mesopotamia’s global economy: goods found in burials at Ur—lapis lazuli, carnelian, agate, gold, silver, copper—were all have been imported into a region with few natural resources. 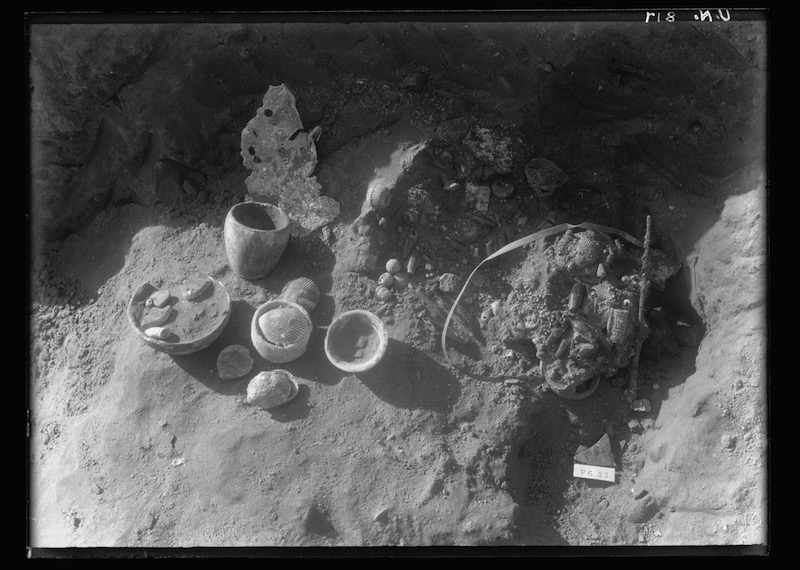 Following its prehistory origins in the 6th millennium BCE, Ur’s history is outlined in the Sumerian King List, a document compiled in the late 3rd millennium BCE. According to the King List, southern Mesopotamia was divided into 20 to 30 competing city-states by the 3rd millennium. Ur was among the most important of these, establishing a dynasty that dominated other city-states the other city-states at three periods. The First Dynasty of Ur ruled during the mid-3rd millennium BCE, ruled by the immediate successors of the kings and queens whose tombs Woolley discovered in the Royal Cemetery: kings Mesannepada, Aannepada, Meskiagunna, Elulu, and Balulu. Little is known about the Second Dynasty of Ur. The Third Dynasty of Ur, at the end of the 3rd millennium, unified the cities of the southern floodplain. The reigns of its kings - Urnamma, Shulgi, Amar-Suen, Shu-Suen, and Ibbi-Suen - are well-documented in economic and literary texts. Urnamma and Shulgi in particular created a highly centralized bureaucratic state through their building activities, military exploits, and political achievements.

With the collapse of the Third Dynasty, Ur was never again the seat of pre-eminent political power, but Mesopotamian kings continued to maintain its temples, public buildings, and fortifications. Ur was attacked, damaged, and rebuilt over the next several centuries. In the 8th and 7th centuries BCE, Ur experienced a minor renaissance that carried into the Neo-Babylonian period in the late 7th and 6th centuries BCE.

Ur continued to be inhabited for centuries, but the westward movement of the Euphrates made it increasingly difficult to guarantee the city’s water supply. Around 400 BCE Ur was abandoned and left to the sands of an encroaching desert.